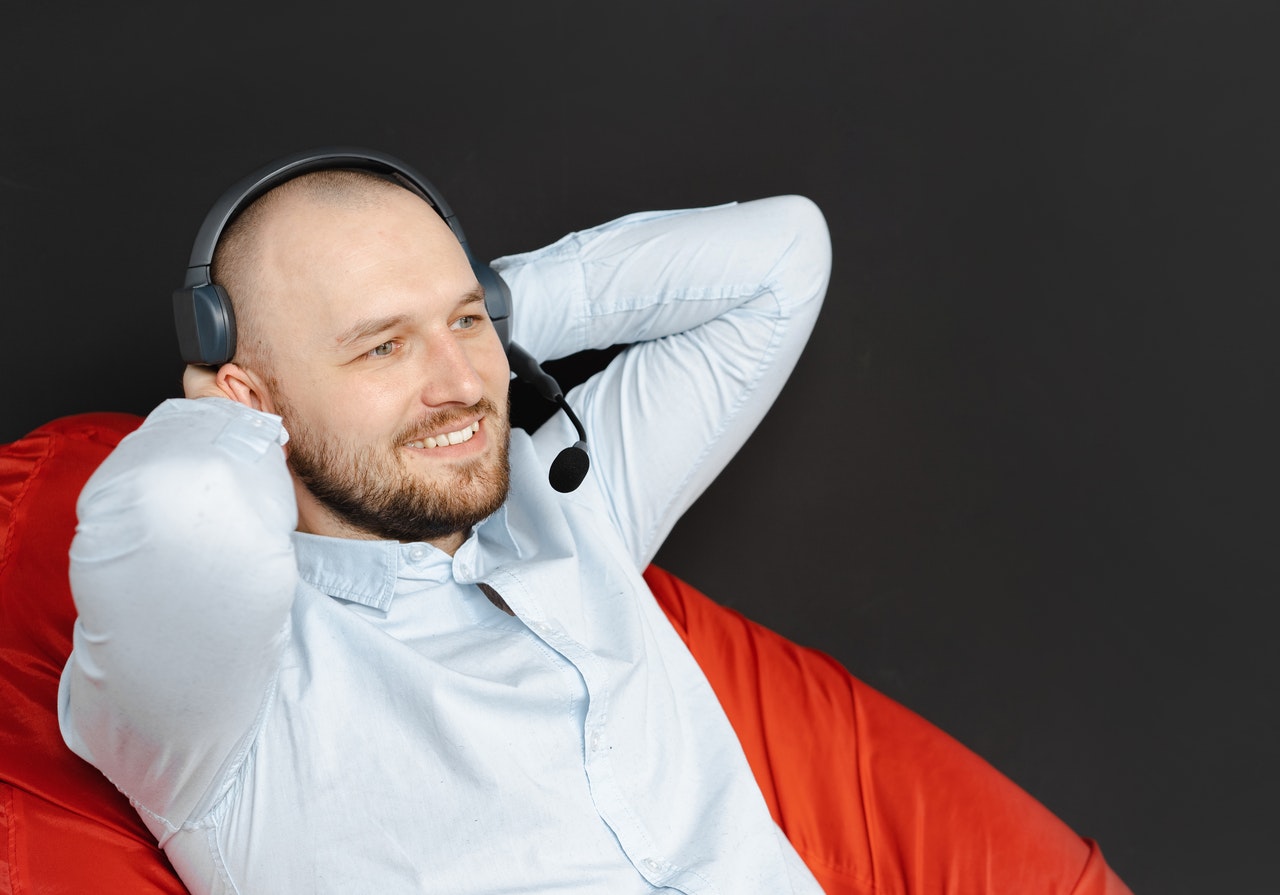 If you are in tech, you know them. They are the Business Development Rep, or The Sales Development Rep, or the Inside Sales Rep. Whatever you call them or title you know them by, they have the most challenging job in any software or services company. They are tasked with calling companies to get project information, set appointments, and obtain “BANT” qualified leads.

The business development rep is a junior position. They are new to the company and most likely new to the technology industry. They are the least experienced and least trained employees tasked with the toughest job. Turnover inside the business development organization is high, and most reps don’t make it past six months. It’s simply too brutal and demoralizing. However, if you can make it past nine months or even a year, it can launch you into your next career step.

I know this is a tough job. I served as a business development rep before social media existed. There wasn’t LinkedIn, Twitter, Facebook, or marketing automation, and there wasn’t ZoomInfo or RainKing. No automated Outreach or Engagio. We had 10-Ks, telephones, and email–that’s it.

What I am going to describe to you is the boldest BDR ever. I refer to him as “Bold BDR” in this article to hide his identity. This guy was relentless. He didn’t follow the rules since rules only constrain results, and he was about results. He overcame obstacles that, for most, are too difficult to overcome. His metrics like dials and talk time were horrible. So horrible, he was consistently at or second from the bottom every single month on management measurements.

His results, however, were always at the top.

After years of experience and producing results, the Bold BDR knew that overcoming objections is the single most crucial skill. After thousands of calls to high-ranking executives, he found that the dreaded “This is not a priority…” objection was the most difficult to overcome. If he called into a company hearing this, he knew it was a killer that he needed to move on to the next company on his target list. If he was able to connect with an executive, the executive quickly got rid of him and refused future calls. Executives work on priorities initiated by the board and the C-suite–they don’t listen to cold callers with innovative “solutions.” Since the Bold BDR’s solution wasn’t a priority, he made it a priority for them.

The Bold BDR Prioritized his Solution FOR the Executive

So, he tricked the CEO into stating that the company was working on it.

Seriously, the Bold BDR coaxed the CEOs of several companies to publicly state that his solution is a priority and that his people are working on it.

Here is how he did it

To bait the CEO in stating a specific problem, the Bold BDR had to perform some prerequisite steps and research. Most of the research was online, but some required social engineering on unsuspecting targets since he was the first to deploy this tactic.

First, our Bold BDR had to determine when a target company’s next quarterly earnings call was scheduled. (Note: this entire process only works for public companies) Once he knew the day and time of the earnings call, he could prioritize and create a plan.

After prioritizing his target accounts, the Bold BDR called into a target company’s investor relations department and asked for the earnings call number and password if there was one. Typically, investor relations provided the number. However, some companies asked who was seeking credentials since they only let certain analysts into the call. Once the Bold BDR found this, he listened to old earnings calls to hear who asked a question. Then, he called into investor relations again, claiming to be an assistant for an analyst normally allowed to ask questions.

As crazy as this sounds, it is absolutely true.

After years of sneaking onto earnings calls, the Bold BDR got lazy. His questions, banter, and jargon on several calls during the first few months of 2008 during 2007 yearly results calls became too similar, and he created an identifiable pattern. His “continuous improvement initiatives,” “throughput,” and “Six Sigma” questions were so out of the ordinary that all it took was one person on more than one call to be paying attention to analyst questions.

Here are a few examples of the Bold BDRs questions to CEOs on earnings calls.

The Bold BDR joined Hillenbrand Industries Inc.’s call to chat with CEO Peter Soderberg and Ken Camp, CEO of its Batesville Casket Co. After the earnings announcements, our BDR asked the first question:

“Couple of things, regarding operational improved initiatives. What are you going to be doing this year? And what have you been doing so far revolving around lean manufacturing, TQM, Six Sigma to improve throughput in your plant?”

A week later, he asked Greg Kenny of General Cable Corp. Again, he asked the first question since he immediately notified the operator he had a question.

“A couple of things. Can you provide some more color on your operational (inaudible) revolving around lean and Six Sigma and the benefits you expect to see in throughput throughout your plant?”

“Regarding [through put], are there still any plants that concern you in terms of metrics they are not achieving or how is that going or are you pretty satisfied with all your plants’ productivity? Are there certain areas of the country or world that are still not achieving [through put]?”

The Wall Street Journal labeled him as a “Hoaxer” when the pattern arose. The Cincinnati Business Courier picked up on the same pattern from midwestern public companies calling him “Rogue Caller,” but no one could identify why.

Why did he do it?

He did it to overcome objections, set appointments, and fulfill his quota at all costs.

He did it because it is a rigged game.

I talked with the Bold BDR to ask if he had any comments on the story and validate that this indeed happened. He informed me he asked questions on earnings calls hundreds of times. Over the years, his tactics shifted and evolved to get around constraints in the earnings call process. He did this so many times; he could tell which call center was operating the conference call. Therefore, he knew all of the secret keypunch codes to ask a question so he could be first in the queue. He always punched the queue codes first. However, on some calls, he found that he wasn’t chosen to ask a question. This was when our Bold BDR called “bullshit.”

During earnings calls, operators state how to ask a question during the call. The instructions include the telephone keypunch sequence to use if you have a question and that questions are asked in the order they are received. However, our Bold BDR found he wasn’t chosen to ask a question, and that’s when he called “bullshit” and that this is a “rigged game.”

“The companies state that anyone can ask a question, and that isn’t true. Everyday investors can’t call in and ask questions. It’s a rigged game, and I beat them at their own game.”

For instance, certain companies would only allow specific analysts to ask questions during the calls. He presumes, so executives have prepared answers to prepared questions from the usual buy-side or sell-side analysts. Therefore, the everyday investor and part owner of the company isn’t allowed to represent himself. He thought this was wrong, so he modified his tactics.

On subsequent calls, our Bold BDR found analysts that cover the companies on the investor relations pages on their websites or Yahoo Finance. Once he knew the analysts’ names, he would call in using their names. Then the investor relations department recognized an approved analyst, and they informed the operator to let a specific line ask a question.

Now He is Impersonating Analysts

Once the line was open, our Bold BDR would correct the operator and state, “No, this isn’t so and so analyst, this is ______ of ______ Research, and here is my question.” Now, the real analyst, if he is on the call, is very confused. One, he may or may not have pressed the key codes to get into the queue, and secondly, who is calling in using his name?

After our Bold BDR’s successful impersonation attempts made it into the public record, more scrutiny arose. Now, people were asking questions about why he was doing it. Once the “Hoaxer” article was published in The Wall Street Journal, he also lost his advocates. Those who applauded his superior results now turned on him to not be associated with his antics. They turned on him even though they were beneficiaries of his prior exemplary results.

High-growth technology companies continuously chase bigger and bigger numbers. Annual recurring revenue rates must always increase to sustain momentum and build value for an exit many times at high sales costs. Quotas are set so high for individual contributors; many cannot be achieved by merely following the rules. Therefore, our Bold BDR sought out alternatives on how to achieve his goals and remain the top rep on the floor.

It’s been years since our Bold BDR has been impersonating analysts on earnings calls, but he is still performing research and producing outstanding results. He works at home now and is more relaxed and not pressured as much for trivial metrics like “number of dials” or “connected minutes.” Things have settled, but one thing hasn’t changed for our Bold BDR, he still doesn’t let work get in the way of his social life.